"The Village of Youngstown, NY was incorporated in 1854, but there are many years prior that shaped the Village and the whole area.

Youngstown is located at the northwestern corner of New York State where the Niagara River flows into Lake Ontario in an area known to the Indians for hundreds of years. The French explorer La Salle built a small fort less than a mile north of where the village. The French gained control of the Great Lakes area and by 1727 built the "Castle" which became the centerpiece of Old Fort Niagara.

When the American Army captured Fort George across the river (Canada) in 1813, the British, with help from some Indian tribes, attacked and captured Fort Niagara. They burned a great number of buildings and homes. In the 1840s, many area homes and stores were rebuilt. Locals began businesses that took advantage of the fishing, farming, and easy access to Canada by water."

Read more of Youngstown's history by past historian Don Ames.

History of the
Youngstown Free Library 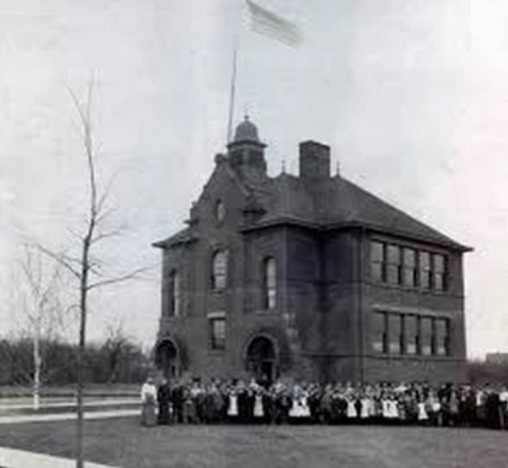 Before books filled the rooms of the Youngstown Free Library, they were classrooms! The Red Brick School was built in 1892 and had students until the 1970s. Read more library history.

Search our Catalog for: